2016 Reprint of 1962 Edition. Full facsimile of the original edition, not reproduced with Optical Recognition Software. Reprint of the first edition of this landmark title. The black experience in America--starting from its origins in western Africa up to 1961--is examined in this seminal study from a prominent African American figure. The entire historical timeline of African Americans is addressed, from the Colonial period through the civil rights upheavals of the late 1950s to 1961, the time of publication. "Before the Mayflower" grew out of a series of articles Bennett published in Ebony magazine regarding "the trials and triumphs of a group of Americans whose roots in the American soil are deeper than the roots of the Puritans who arrived on the celebrated Mayflower a year after a 'Dutch man of war' deposited twenty Negroes at Jamestown." Bennett's history is infused with a desire to set the record straight about black contributions to the Americas and about the powerful Africans of antiquity. While not a fresh history, it provides a solid synthesis of current historical research and a lively writing style that makes it accessible and engaging reading. After discussing the contributions of Africans to the ancient world, "Before the Mayflower" tells the history of "the other Americans," how they came to America, and what happened to them when they got here. The book is comprehensive and detailed, providing little-known and often overlooked facts about the lives of black folks through slavery, Reconstruction, America's wars, the Great Depression, and the civil rights movement. The book includes a useful time line and some fascinating archival images. 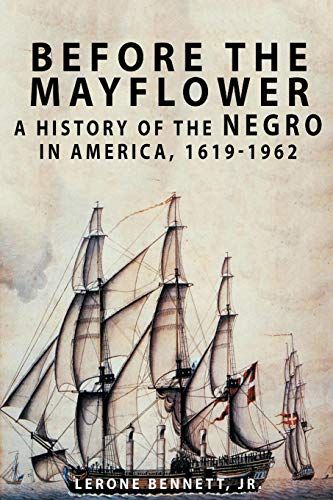 Before the Mayflower (paperback)