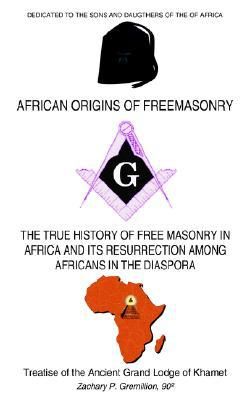 Treatise of the Ancient Grand Lodge of Khamet

The Masonic Order is one of the most powerful Fraternal Orders in the world. Have you ever wondered why? Why did this order restrict membership to men of European descent? In this book Zachary Gremillion, Founder of the Imperial Society answers the following questions:What do these fraternal orders of Masonry have to do with African people?How did this order originate in Europe, and why were Black men in early America not allowed into membership until the coming of Right Worshipful Master Prince Hall, a colonial Blackman?Who are the Knights Templar? What was their relationship to the African Arabs/Moors also called Saracens? What did the Knights Templar find in Israel? Why were they at Jerusalem Temple built by African Hebrews? In this book Zachary P. Gremillion, a Master Mason, Thirty-second degree Mason and Shriner deals with the true origin of Masonry in Africa. Through intense research he traced what he calls the Proto-Masonic order to ancient Africa. He also deals with the Knights Templar and the Afro-Asiatic knowledge they found at Jerusalem Temple then to be executed, persecuted, and destroyed by the King and Pope. Prince Hall, Marcus Garvey, Noble Drew Ali and Elijah Muhammad are also addressed.