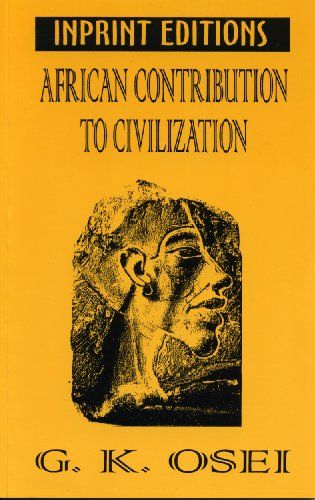 For a long time Africa has been under eclipse. Much of our past glory, success and achievements in the field of art, industry, commerce and civilization generally has been distorted or suppressed. Much of what the white men have written about Africa bears no realistic relationship to the favorable conditions obtaining in Africa before the advent of the whites. It was the whites who by their atrocious deeds The slave Trade, the Partition and Colonization practically destroyed African civilization achieved after many years of hard work. Imagination may try to reconstruct the figure of our loses, but an accurate calculation will remain a vain thing because of the extent and magnitude of the destruction. African discontent must be deeper than it had been admitted.--From the text.