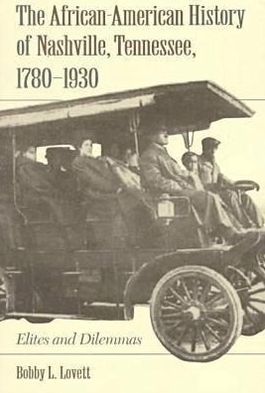 The African-American History of Nashville, Tennessee, 1780-1930

Since its founding, Nashville has been a center of black urban culture in the Upper South. Blacks--slave and free--made up 20 percent of Fort Nashborough's settlers in 1779. From these early years through the Civil War, a growing black community in Nashville, led by a small group of black elites, quietly built the foundations of a future society, developing schools, churches, and businesses. The Civil War brought new freedoms and challenges as the black population of Nashville increased and as black elites found themselves able--even obliged--to act more openly. To establish a more stable and prosperous African-American community, the elites found that they had to work within a system bound to the interests of whites. But the aims of this elite did not always coincide with those of the black community at large. By 1930, younger blacks, in particular, were moving towards protest and confrontation. As democratization and higher education spread, the lines distinguishing Nashville's black elite became blurred. Bobby L. Lovett presents a complex analysis of black experience in Nashville during the years between 1780 and 1930, exploring the impact of civil rights, education, politics, religion, business, and neighborhood development on a particular African-American community. This study of black Nashville examines lives lived within a web of shifting alliances and interests--the choices made, the difficulties overcome. Fifteen years in the making, illustrated with maps and photographs, this work is the first detailed study of any of Tennessee's major urban black communities. Lovett here collects, organizes, and interprets a large, rich body of data, making this material newly accessible to all interested in the black urban experience. 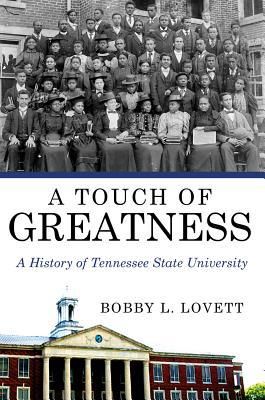 A Touch of Greatness (hardcover)